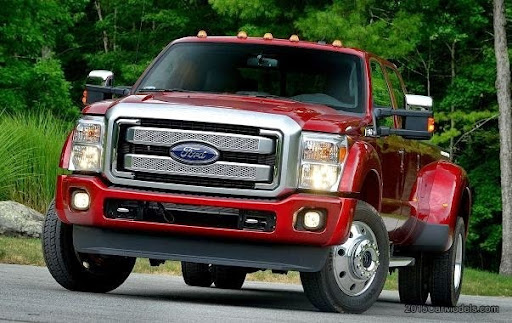 Ford is the one throwing down the gauntlet in the heavy-duty truck wars this time, having just announced another power infusion for its F-250, F-350, and F-450 Super Duty pickups. Ford promised that it would give its 6.7-liter PowerStroke diesel V-8 more power when it gave us a preview of the new 2015 Super Duty trucks last fall.

Until 2014, Ford was the one to beat, with its 6.7-liter Power Stroke diesel bringing 400 hp and a massive 800 lb-ft of torque to the table. Then last year, Ram did exactly that, serving Ford with a beefed-up Cummins turbodiesel inline-six in its freshened Ram Heavy Duty truck line with 385 hp and 850 lb-ft of torque, enabling it to tow up to 30,000 pounds.

But Ford claims it had designed its engine to be relatively easy to upgrade when the time called for it, so for 2015, Ford bolted a larger turbo to the Power Stroke, bringing output to an insane 440 hp and 860 lb-ft of twist, all without reducing fuel efficiency. Maximum tow capacity rises from 24,700 lbs to an incredible 31,200 lbs for the F-450 dually. 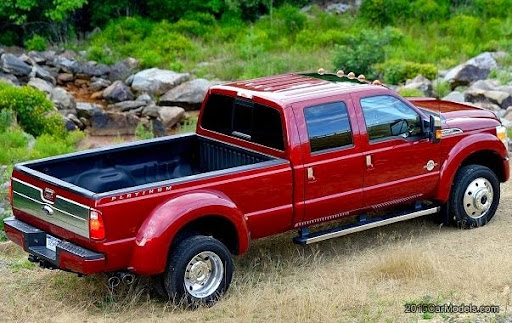 Although its overall layout is beginning to look slightly dated, the Super Duty's interior remains a surprisingly refined and high-tech space. Extensive sound deadening measures make for a luxury car-quiet cabin - all the better to make use of the Bluetooth-based "SYNC" connectivity system, which come standard on all but the base model.

The current F-series Super Duty King Ranch starts at $50,555, including shipping. High-end models including the King Ranch, Platinum and Lariat account for about half of Super Duty sales to individual buyers.