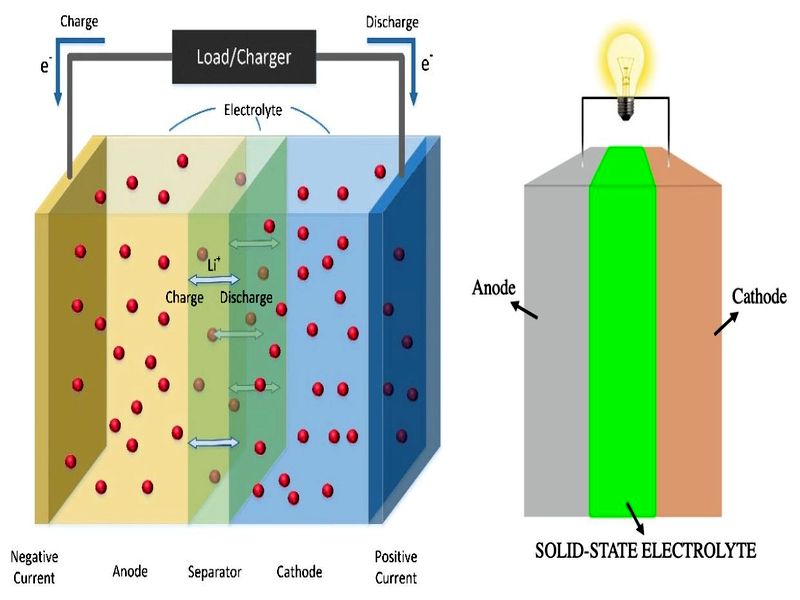 Lithium vs. sodium vs. solid-state batteries

As the number of electric vehicles worldwide skyrockets, automakers and technology companies have focused on optimizing the most vital and expensive part of EVs: the batteries.
They are not all the same and manufacturers use a whole range of different types of batteries. Therefore, we decided to select and rank the three most prominent (or promising) battery types: lithium, solid-state and sodium-ion batteries.
We will compare the batteries according to four criteria: safety, energy density and charging time, durability and price.
But before we begin, let's brush up on the basics we need to know.

How do battery types differ?

Lithium-ion and solid-state batteries are very similar. Both types use lithium to generate electrical energy and they have an anode (the negative pole of the battery), a cathode (the positive pole of the battery) and an electrolyte, which helps transfer ions from the cathode to the anode and vice versa.
They differ primarily in the state of the electrolyte: lithium-ion batteries use liquid electrolytes and solid-state batteries use solid electrolytes.
Sodium-ion batteries have exactly the same structure-the only difference is that sodium ions replace lithium ions.
And now that we have the basics down, let's rank these battery types based on the criteria we selected:

Sodium-ion batteries come up a little short here. Sodium ions are larger and denser than lithium ions, which means we need a lot more of the former to store and produce the equivalent amount of energy.
On the other hand, CATL's sodium ion battery (the best example we have so far) is expected to have an energy density of 160Wh/kg and take 15 minutes to reach 80% of its charge. That's basically comparable to the lithium-ion batteries currently on the market, which range from 140Wh/kg to 240Wh/kg.
But is it good enough to completely replace lithium batteries? No, it is not.
This energy density is still too low to compete with most lithium-ion batteries, and we are talking about a single product that has not yet been tested on a large scale.
Solid-state batteries are the biggest competitor here. The greater stability offered by their solid electrolytes means that solid-state batteries can hold up to 50% more energy than their lithium-ion counterparts, while being expected to reach as much as 80% charge within 12 minutes.
Winner: Solid-state batteries.

Here we have the battle of the elements: lithium versus sodium.
Lithium is a relatively rare element on Earth, and the rising demand for lithium does not come without environmental consequences. According to the Institute for Energy Research, mining lithium not only consumes millions of gallons of water, but also damages the soil and causes air pollution.
Sodium, on the other hand, is the seventh most abundant element on earth (1,200 times more abundant than lithium), and can be found just about anywhere on earth, including in seawater. Moreover, its extraction does not present the same environmental problems.
Winner: Sodium-ion batteries.