How did Volkswagen cheat in tests and can it fix affected cars? 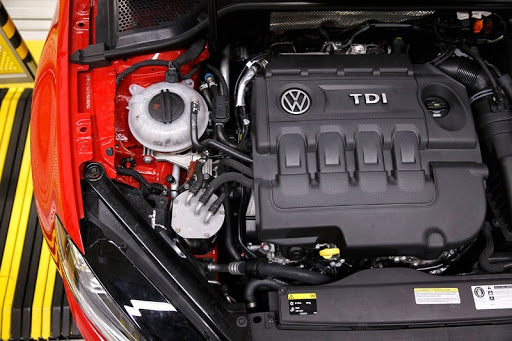 Volkswagen has been cheating in emissions tests to make its diesel cars seem less polluting than they really are.
We know that Volkswagen's on-board software used information from the steering, brakes and accelerator to detect when one of its diesel cars was on a "treadmill" undergoing an emissions test and tweak the engine settings to minimise nitrogen oxide (NOx) levels. On the open road, NOx emissions were up to 35 times higher.
It is not yet clear what exactly this software did, but we can make some educated guesses. There are two main ways to reduce NOx emissions: minimise their production or remove them from the exhaust fumes.
More NOx is produced when the temperature inside the engine cylinder is high and there is plenty of oxygen available.
One way to tackle this is to circulate some of the exhaust gas back into the engine, reducing both the temperature and oxygen level. Volkwagen's TDI diesel engines all have these exhaust gas recirculation (EGR) systems.
A similar effect can be achieved by closing the exhaust valves early, so some exhaust gas remains in the cylinder. Another strategy is to increase the fuel/air ratio, leaving less oxygen to react with nitrogen to form NOx.
As for reducing NOx from the fumes once produced, modern diesel engines also have either a lean NOx trap (LNT) or selective catalytic reducer (SCR) fitted to the exhaust.

There are drawbacks to all these approaches. Recirculating exhaust gas, unsurprisingly, reduces engine performance. LNTs work by absorbing NOx but they rapidly become saturated with it. They have to be regenerated every few seconds by pumping extra fuel into the engine, which increases fuel consumption.
SCRs work by injecting urea into the exhaust, which reacts with nitrogen oxides, forming harmless nitrogen gas and water. Car owners have to refill the tank of urea (sold as AdBlue) every few months. It also takes up space, so SCRs are only fitted on larger vehicles.
Volkswagen's cheat must involve tweaking some or all of these factors. The software may turn off exhaust gas recirculation to boost performance, for instance. It may regenerate LNTs less often than required to save fuel, or reduce the amount of urea injected into SCRs so the tank needs refilling less often.
In theory, Volkswagen could reduce NOx emissions by fixing the software, although its engineers seem to have been unable to do this when consulted by the US Environmental Protection Agency about the anomalous test results. The trouble Volkswagen faces is that, in the car models that do not have SCRs, reducing NOx emissions could have a major impact on performance and fuel consumption. If courts and regulators deem this unacceptable, the huge bill facing the car maker will soar even higher.

One solution would be to retrofit SCRs to these vehicles. But it would require major modifications even if it is possible, and car owners may well object in any case. Instead, Volkswagen could end up having to refund customers, or replace their vehicles.
Even before the VW scandal broke, it was clear that most cars emit more of NOx and other pollutants than lab tests indicate. This is partly because the tests don't reflect real-world driving conditions and partly because car makers have been allowed to use tricks such as overinflating tyres and disconnecting the battery (so no energy is used to charge it) during the tests.
The European Union was already planning to introduce "Realistic Driving Emissions" tests using portable equipment to measure the emissions of new car models on real roads, rather than in the lab. Car makers have been trying to water down these proposals. They want the "real-world" limits to be less strict than lab limits, for instance. They will now find it much harder to get their way.