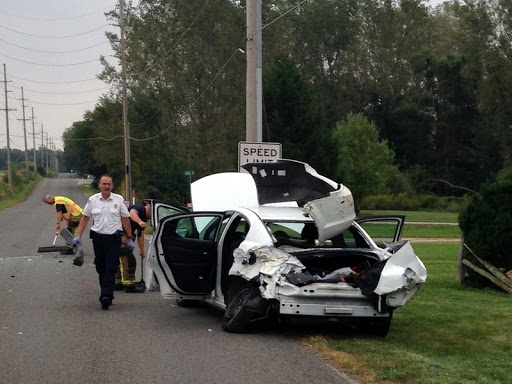 SYRACUSE, Ind. - In a move that ultimately caused a wreck, an Indiana woman apparently leaped from her moving car Friday when she spotted a spider crawling on her shoulder, The Associated Press reports.

According to the Kosciusko County Sheriff's Department, Angela Kipp, 35, of Syracuse was in the car with her 9-year-old son, who was in the back seat. As she backed out of her driveway, she saw the spider and panicked, then jumped from the car, police said. Her son reportedly moved into the front seat and tried to stop the vehicle, but he accidentally hit the gas pedal and sent the car careening into a school bus.

The boy was taken to the hospital with minor injuries, police said. The bus driver was not hurt, and no passengers were on board.