Ford may scare some with this auto show debut 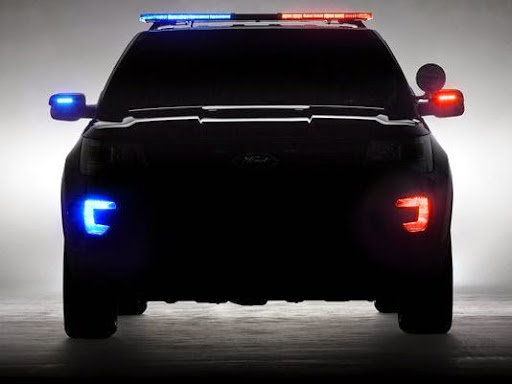 There's one new model making its Chicago Auto Show debut this week that may invoke fear rather than admiration.

No, it's not a muscle car, even though automakers go to great lengths to make them look fearsome. Rather, it's the vehicle that motorists dread seeing in their rear-view mirror - a black-and-white with lots of flashing lights.

Ford is going to show the latest SUV version of its Police Interceptor. While Ford isn't saying much about the debut other than to send over a teaser photo, it is likely the latest version of the updated Ford Explorer that is proving immensely popular with police agencies around the country.

Ford Interceptor comes as both a sedan version, built off the Taurus, and the SUV, from the Explorer. While automakers often downplay sales to fleets, which have lower profit margins than individual customer sales, Ford's police car business has been extremely important. It had a virtual lock on the business when it made the Crown Victoria, many of which are still on patrol. The vehicle was loved by police agencies for its ruggedness and cheap repair costs, though it was doomed by its outdated technology and poor gas mileage.

Ford put a lot of effort into retaining police agencies' loyalty with the Explorer/Taurus and it appears to be paying off. The California Highway Patrol, one of the nation's biggest and most closely watched agencies when it comes to choice of vehicles, has invested heavily in the Interceptor SUV.