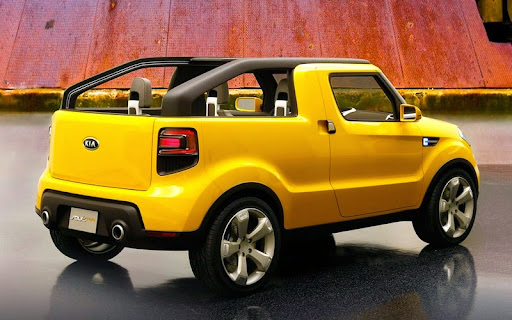 Remember Kia's funky Soul'ster and Track'ster concept cars from a few years back? They hinted at more exciting versions of the Korean automaker's Soul hatchback, such as a funky pickup truck in the case of the Soul'ster and an edgy hot hatch in the case of the Track'ster. Well, Kia is about to hint at a yet another Soul variant at the upcoming 2015 Chicago Auto Show with a new concept dubbed the Trail'ster.

As its name suggests, the new concept will hint at an off-roading version of the Soul. We only have two teaser shots at present but already we can see some rugged elements such as a taller ride height, underbody protection and chunky wheels. Kia says the concept will also feature a fully retractable canvas roof.