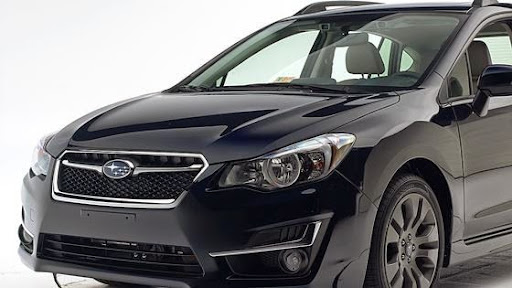 The Subaru Impreza, previously a Top Safety Pick award winner, moves up to 2014 Top Safety Pick+ with the addition of a superior-rated front crash prevention system as an option on the 2015 model.

The small car already had good ratings for crashworthiness from the Insurance Institute for Highway Safety, including in the challenging small overlap front crash test. The car last underwent a full redesign in 2012 and was modified to improve small overlap protection beginning with 2014 models.

The 2015 Impreza is available with the EyeSight front crash prevention system. In IIHS track tests of an Impreza equipped with the technology, the system avoided collisions at both 12 and 25 mph, earning a superior rating. The system also includes a warning feature to try to prompt the driver to respond before the automatic braking is initiated.

The Subaru Legacy, Outback and Forester also are available with EyeSight and previously earned the Top Safety Pick+ award.