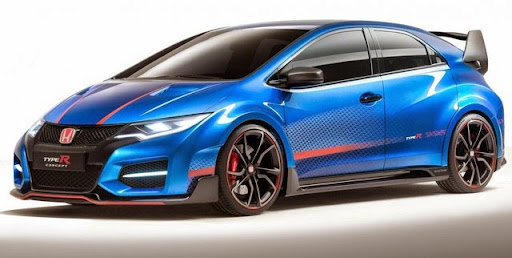 Honda remains confident the new Civic Type R can still become the fastest front-wheel-drive production car around the Nurburgring despite the bar being raised twice since the car maker's CEO originally set the ambitious target.

Takanobu Ito made the bold claim when confirming the return of the Honda Civic Type R in 2012. Then, the Renault Megane RS265 held the record for a front-drive road car around the famous 20.8-kilometre German circuit, having stopped the clock in 8:07.79 in 2011.

Since then, however, the goal posts have been shifted. In March this year, the Seat Leon Cupra 280 wiped almost 10 seconds off the RS265's time, setting the first sub-eight-minute lap by a front-wheel-drive car.

Not content with second place on the podium, Renault fired back three months later with the hardcore RS275 Trophy-R, and took another four seconds off the Seat's time to set a new 7:54.36 yardstick.

And yet despite the benchmark being lowered by almost 14 seconds in the space of a few months, Honda Motor Europe head of public relations and corporate affairs John Kingston told CarAdvice the team behind the Civic Type R remains as focused as ever on achieving its goal.

"The development team remain totally committed and 100 per cent confident in their ability to deliver that," Kingston said on the floor of the Paris motor show. "The message from the R&D team is that they will deliver against that pledge.

"The bar's been moved, hasn't it! But they remain resolute in their commitment to delivering that, so we look forward to sharing some positive news at some stage hopefully."

Honda confirmed this week the Civic Type R would launch in the European summer, around the middle of next year.

A second, seemingly production-ready prototype gave us our strongest indication yet of what to expect from the highly anticipated hot-hatch when it does finally arrive.

Honda maintains the Type R's 2.0-litre four-cylinder turbo petrol engine will produce in excess of 206kW, ensuring it packs a bigger punch than the RS275 Trophy-R and the Cupra 280, as well as the Australian-spec versions of the Audi S3 and Volkswagen Golf R.

Honda Australia is still yet to confirm the Civic Type R for our market, though we expect it to reach our shores potentially as early as the second half of next year.